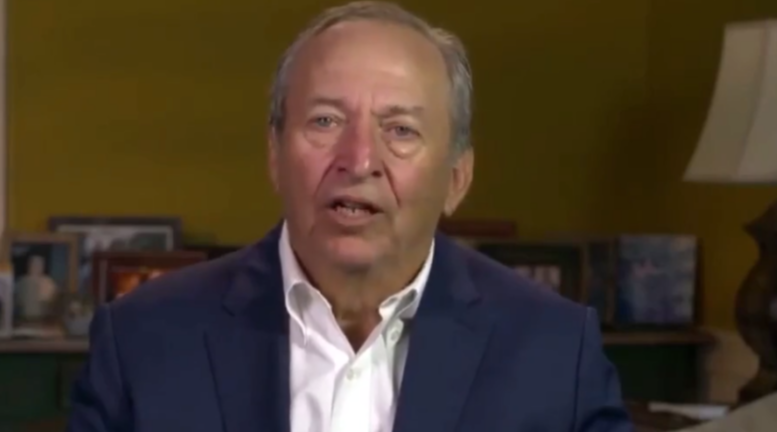 Bill Clinton’s U.S. Treasury Secretary, Larry Summers, says that Biden’s economy is in for a major ‘downturn’ given how high inflation was allowed to climb unchecked.

The stacking debt building behind Biden’s presidency is certainly a looming threat to the economy but according to Summers, consumer price index (CPI) data revealed persistent inflation will continue.

In short, what goes up must come down.

“We’ve got a substantial underlying inflation problem,” Summer emphasized. “Another way to see that was the median inflation is higher than it’s been any time since we started collecting the data.”

Summers said he would not be surprised if the Federal Reserve raised interest rates to five percent in order to curb inflation.

“Whether the Fed is going to stay the course and do what’s necessary to contain inflation, we’re gonna have to see how that plays down the road,” he said.

“History records many, many instances when policy adjustments to inflation were excessively delayed and there were very substantial costs to that,” Summers said.

He said it is important for the Fed to raise rates quickly and consistently in order to avoid stagflation, a situation in which inflation is persistent and the economy is stagnant. He argued the Fed must work to bring down inflation now before unemployment rises and growth slows further.

Summers predicted that the economy will face trouble ahead, because again—What goes up, must come down.

“We are almost certainly going to see a downturn in the economy from where we are right now and clear-eyed realism about that is the most important thing for credibility and for the best possible outcome given the inflation that has been allowed to build,” Summers said.

I know a lot of people who are preparing for the downturn. You know it’s going to be rough whenever a pro-Biden former Clinton staffer says there are dark days ahead.