Here I am thinking that the silver lining to the fact that Biden is owned by the CCP is that ‘hey, at least they won’t nuke us, right?’ … WRONG.

In the past few months, China has been getting more and more aggressive towards the United States and Biden’s handlers seem to have taken offense to these disrespectful acts.  I don’t know how they think they are going to be treated with respect after allowing the CCP to compromise them with piles of cash and sex.

Well, either way, the exposing of the true origins of the pandemic must have really pissed China off as they appear to be getting ready for an all-out war with America.

If Trump were still in the big chair this would never have happened.  Now we even have to worry about the idea that Biden will let China attack, and get the upper hand on us … how did we let it come to this?!

Chinese state media is calling on a nuclear buildup as a “strategic deterrence” against the United States, Newsweek reported Tuesday.

“We must be prepared for an intense showdown between China and the U.S.,” Hu Xijin, the editor of the Chinese state-run newspaper the Global Times, wrote in an editorial Thursday. “The number of China’s nuclear warheads must reach the quantity that makes U.S. elites shiver should they entertain the idea of engaging in a military confrontation with China.”

Also, Biden announced last week a 90-day review from the U.S. intelligence community to issue a report on the COVID-19 origins, which the Trump administration has long maintained was likely released from the Wuhan Institute of Virology.

“As the U.S. strategic containment of China has increasingly intensified, I would like to remind again that we have plenty of urgent tasks, but among the most important ones is to rapidly increase the number of commissioned nuclear warheads, and the DF-41s, the strategic missiles that are capable to strike long-range and have high-survivability, in the Chinese arsenal,” Hu brief missive began. “This is the cornerstone of China’s strategic deterrence against the U.S.”

Hu called for “a large number of Dongfeng-41, and JL-2 and JL-3 (both intercontinental-range submarine-launched ballistic missiles)” to “form the pillar of our strategic will.”

He admitted the buildup should be meant to deter war, not strike it, but he noted “U.S. hostility toward China is burning.”

“On this basis, we can calmly and actively manage divergences with Washington to avoid a minor incident sparking a war,” Hu concluded. “U.S. hostility toward China is burning. We must use our strength, and consequences that Washington cannot afford to bear if it takes risky moves, to keep them sober.”

My last paycheck was $2500 for working 12 hours a week online. My sisters friend has been averaging 8k for months now and she works about 30 hours a week. I can’t believe how easy it was once I tried it out. The potential with this is endless.
This is what I do >>> https://Www.Webcash1.Com

DO NOT click on that link! You will be sorry!

WELL IT WAS VERT OBVIOUS TO SEE IF YOU KEPT UP WITH THE REAL NEWS AROUND THE WORLD… TRUMP WAS CRITICISED FOR WANTING TO HAVE A MILITARY PARADE WHILE CHINA AND NORTH KOREA BRING OUT NEW ARSENALS EVERY YEAR. IRAN IS FULL SPEED AHEAD ON THEIR MISSLE TECHNOLOGY AND NUCLEAR ARSENAL… OUR ALLIES ARE DWINDLING FAST… IT’S THE PERFECT STORM… I SAY PRAY THAT WE COME BACK TO OUR SENSES AND REAL SOON…
I DIDN’T EVEN MENTION RUSSIA’S REBUILDING OF THEIR NUCLEAR STOCKPILE…
WE’RE TOO BUSY BEING DISTRACTED BY THE FAKE NEWS… WHOA ARE THEY WHOSE EYES ARE CLOSED…

Sen. Joe McCarthy was right and the evidence is now apparent that his claim the government, including the army, had been infiltrated by the commies.

Has China ever acknowledged, or even thought of the term, “mutual destruction” and a lose-lose for both countries?

Len, Several countries are known for their posturing and China is one. Xi Jinping knows the U.S. would not attack them unless China made the first move toward a war. Yes, China is aware and the U.S. as well that if a war does happen, it would be nuclear and millions on both side would die. Economic base, where the U.S. base is far greater than China is one reason China would suffer the most. Will he take the chance? Maybe but if he does, he loses face in the end result and nobody truly wins in such a war.

China has no respect or fear of this nation thanks to assclown & co for their submission to the ccp. I think all those who voted for this jackal will have a sobering dose of reality & their “wokeness” will lead to shame if we ever see ccp tanks driving down our streets.

I’m not sure that those who voted for the jackass will ever get a dose of reality. They’ll (Democrats and the fake news) will say “It’s the Republicans fault.” And the Biden voters will believe them. Those people don’t really know what the hell is going on! It’s ALL Trump’s fault, right?

And they need to leave very soon and quickly! Things are getting worse and worse every single day!

I have made $13594 last month by working online from my home. I am a full time college student and by just doing this in my free time for few hours per week by TSq using my laptop, I payed off my student loans. Check this out and start making cash online in so incredibly simply way by just following instructions on this website…
For more detail visit this web ……. http://usajobs.is-great.net/

It’s not that big a deal if China nuclear attacks us. This country has already rotted from the inside out. Put us out of our misery.

Speak for yourself. Stop being a miserable person and have some pride. Im riding with our Country till the bitter end. Stand for something, stop being a coward.

Gloom, and doom. You sound like low life DemonRAT.

…or a RINO that caved.

No matter how the CCP squawks, We the People know they have attacked us with a biological weapon, and with a cultural marxist assault. Nothing will change the deserved outcome for it.

I can’t write it, but y’all know the n word, just a bunch of n’s displaying their roots 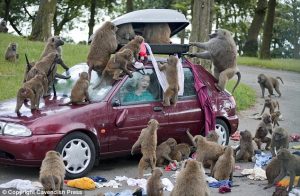 What is wrong with you Dave!?! How did you get to be so hateful & what does that have to do with China!?!

China is at, where America was at.. circa 1958 >< where the military is concerned- Acceptable losses". Understood by the citizens of China… the "State" is all important… as long as the "state survives"… so President Xi pingpong does not believe there is a 'loss loos' scenario as long as America were to be knocked out., he feels the loss of 350 million Chinese while having ALLLLL… 350 million in the U.S. is actually a win.
Same may be said about every aspect below MAD…. crushing America's stock market is fine.. if necessary.
Stopping the worlds supply of medicines is fine… if necessary.

And these ploys will come about unless America believes surrender.. is fine. America better come to grips with the fact China has been planning on ruling the Earth since the end of WWII and now are getting very close. In 10 years for sure China will eclipse America financially and militarily…. who will stop them? Not our leaders, not our congress, not our children…. as it stands now… nothing is allowed in exposing this as all the Media is hoping to get rich supporting… China.

Biden is owned by the CCP he is the best Employee china ever had.

Am I really supposed to take all this seriously 🤣

Relax, China isn’t going to risk war with America that will set them back 100 years They may have thirty nuclear missals TOTAL! Everyone is talking about their aircraft carriers, three in total only one is fully functional, but the fact is, they don’t have one plane that can land or take off from any of them is hilarious!

How long do you think it’d take for them to change all that?

China doesn’t have the Military capabilities of taking Twain let alone Japan or America.or they would have started to do so when Biden was manipulated to the White House. FACTS: China has maybe thirty (30) nuclear missals no (0) aircraft carriers(which would be needed to attempt such and endeuvers)

All of that can change. Or maybe that’s what they want you to think. I’ve heard that China’s military is much larger than the US.