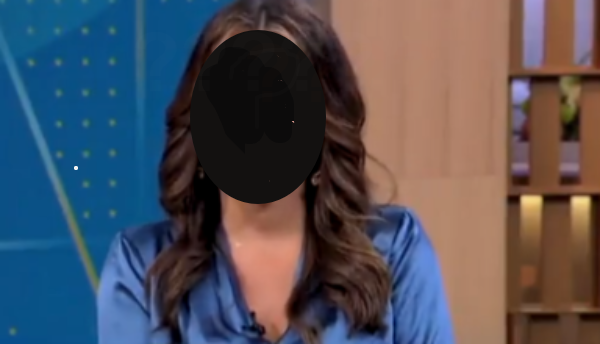 The ultra-liberal talk show ‘The View’ can’t survive daytime hours without having a ‘token’ Republican on the show. Since the gals ran off their original token Republican, Meghan McCain, they’ve struggled to fill her seat and it looks like they’ve finally found some poor sucker to sit in on a permanent basis. That’s right, the ladies have a new target and it just might be the worst one yet!

Former White House communications director Alyssa Farah Griffin worked for the Trump White House but has since turned on her old boss but vows to be the ‘voice’ of Trump supporters on the show.

Griffin joined “Good Morning America” on Monday to discuss what was coming in the panel show’s 26th season — which kicks off on Tuesday after a late-summer hiatus — and she noted two seats would be occupied by women who at least identified as Republicans — herself and longtime fill-in host Ana Navarro.

“I’m a millennial and I worked in the Trump administration. I’ve also since criticized the former president,” Griffin explained, adding, “But I still want to be a voice for the 74 million Americans who voted for him, and kind of tell them, from my experience, here’s why I won’t support him again, but here’s what a future Republican Party can and should look like. So that’s really what I’m hoping to meet the audience with.”

Griffin went on to take several potshots at the former president, saying that she certainly understood discussions could get heated among women who did not always see eye to eye. “Listen, by the way, I survived the Trump West Wing. I think I can survive ‘The View.’ We’ll see. I’ll be back to let you know,” she added.

Griffin, who resigned from the Trump administration on January 6, 2021, has since been quite vocal of her opposition to Trump. “As somebody who regrettably worked for Donald Trump, I do not want to see that man ever be president again,” she said.

"I still want to be a voice for the 74 million Americans who voted for him," Alyssa Farah Griffin says she'll never support Trump again, but she'll represent his supporters on "The View"… pic.twitter.com/M8sKvcSCWL

Griffin was clearly hired to fill the show with anti-MAGA rhetoric and justify the show’s obsession with the former president. In her guest appearances to date, while sitting in the token conservative chair, Griffin has been far more deferential to her liberal colleagues than McCain, who regularly irked left-leaning viewers as she clashed with Behar, Whoopi Goldberg, and others.

Governor Greg Abbott blasted the New York Democrat who called him a coward for bussing illegals out of his state. Abbott released a statement...