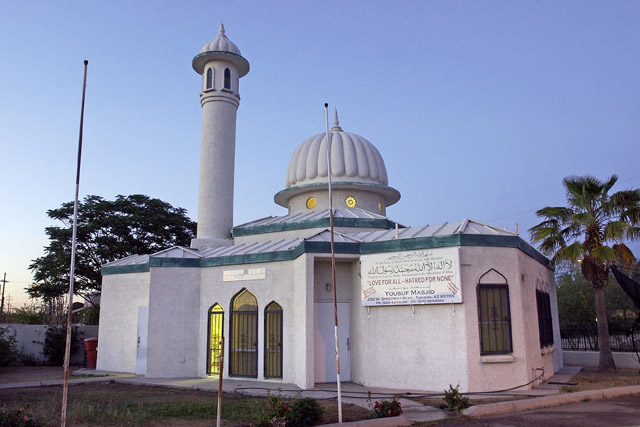 Apparently, former FBI counter-terrorism Special Agent John Guandolo has stated his claim that most of the 2,200 Islamic organizations, referring to the mosques in the United States are actually part of a much larger “Jihadi network”

This is a person that has experience in counter-terrorism stating this claim and many people are saying, yes…they knew. During this interview he spent time connecting the dots between multiple terror attacks including the San Bernadino terrorists, the UC Merced stabber, the Chattanooga shooter and the Boston bombers.

He stated that they all can be traced right back to Islamic Centers where they had most likely received their training.

Now as it looks, people who have carried out the mentioned massacres all belonged to an Islamic Center that was located in the cities that they each were from. This goes right along with reports from earlier that came out this month stating that mosques and Islamic Centers in the United States were stockpiling weapons.

However, because the nation right now is still hot off the burner from Obama’s America…people are still not looking into the situations, reportedly because, they do not want to offend anyone involved.

So practicing tolerance…is the gameplan.

The gameplan that will end in one day Obama’s Americans waking up and wondering how their country got taken over by a religion that crushes their liberties.

They don’t want to offend anyone?

Who is “they” referring to you ask? Well the government in those respective areas. THEY don’t want to offend anyone, and guess what, the people who are making those decisions are said to also be part of the jihadi network too.

There are people talking about these so-called government officials being corrupt and working hand-in-hand with the Obama Administration, and that this all didn’t just happen in the last 8 years but slowly over many many many years to get to this point.

What do you think about all this? Too crazy to be true? Or too crazy NOT to be true? Daily Info