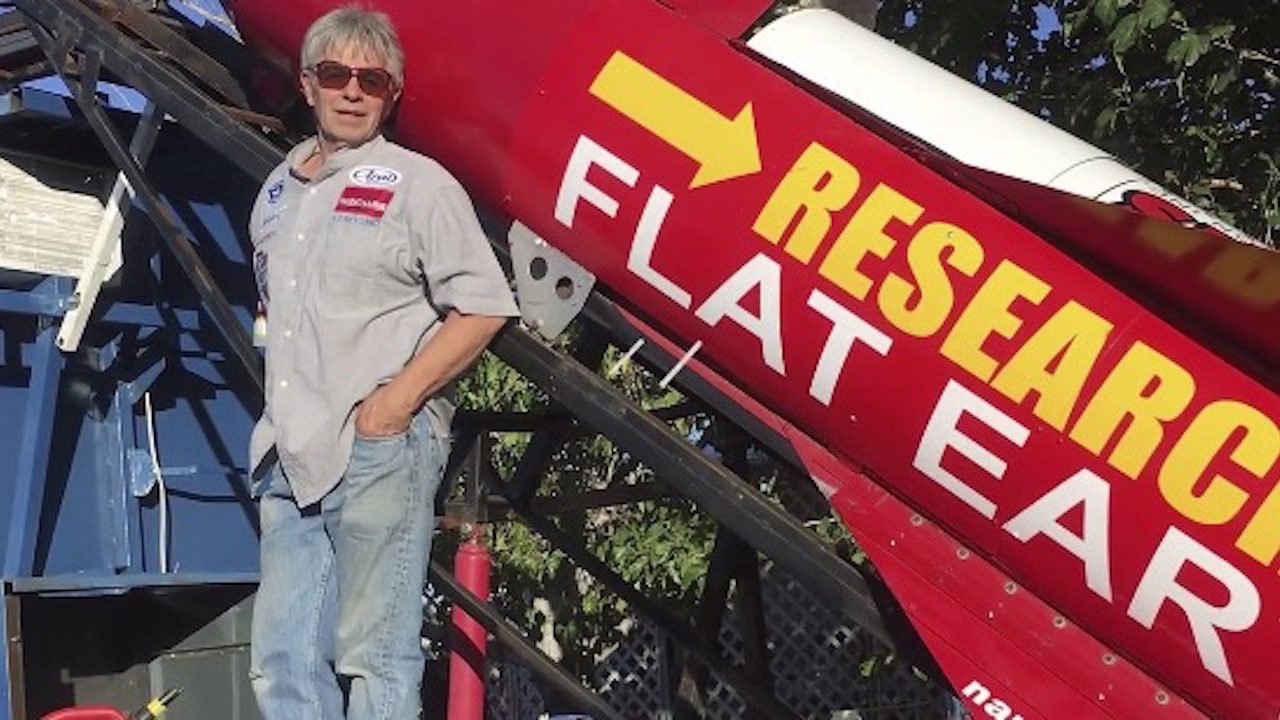 The Washington Post reports a California man wants to launch himself 1,800 feet high in a homemade rocket to prove that the Earth is flat.

61-year-old limo driver Mike Hughes told The Associated Press he has spent the last few years building a steam-powered rocket out of salvage parts in his garage. He adds his $20,000 project includes a mobile home he bought and converted into a ramp.

Hughes told the AP he intends to launch the rocket Saturday above the ghost town of Amboy, California, and accelerate to a top speed of 500 mph saying:

“If you’re not scared to death, you’re an idiot. It’s scary as hell, but none of us are getting out of this world alive. I like to do extraordinary things that no one else can do, and no one in the history of mankind has designed, built and launched himself in his own rocket. I’m a walking reality show.”

According to the Post, Hughes told the flat-Earth group that funded his endeavor his project will “shut the door on this ball earth.” He argues NASA lied about the moon landing and the shape of the globe saying:

Even though he’s an amateur rocket scientist, Hughes nonetheless told the AP, “I don’t believe in science,” adding:

“I know about aerodynamics and fluid dynamics and how things move through the air, about the certain size of rocket nozzles, and thrust. But that’s not science, that’s just a formula. There’s no difference between science and science fiction.”

According to the Post, back in 2014, Hughes managed to fly a quarter-mile over Winkelman, Arizona, in one of his rockets.

Take a look at his homemade rocket in this video: