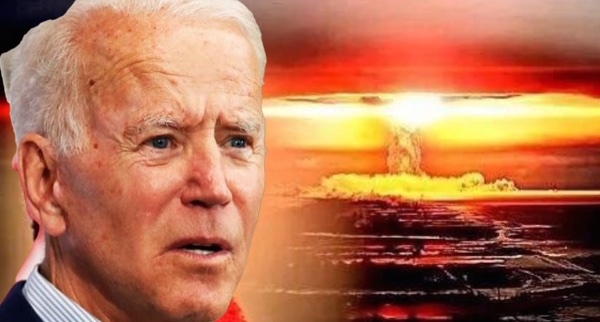 I swear, Biden steps out of one crisis and right into another. The absent-minded Democrats blabbed to the world about how many nukes the United States has in its arsenal. It was all part of a failed attempt to intimidate US adversaries and a loser move that risks US national security.

In a press release, the State Department revealed as of 2020, the U.S. stockpile of nuclear warheads consisted of 3,750 warheads.

“The United States is releasing newly declassified information on the U.S. nuclear weapons stockpile to update the information previously released in September 2017,” the State Department press release states. “Increasing the transparency of states’ nuclear stockpiles is important to nonproliferation and disarmament efforts, including commitments under the Nuclear Non-Proliferation Treaty, and efforts to address all types of nuclear weapons, including deployed and non-deployed, and strategic and non-strategic.”

The last time the U.S. government released its nuclear stockpile number was in March 2018, when it revealed it had 3,822 warheads as of September 2017. Following that disclosure, Trump made the size of the U.S. nuclear arsenal a secret and denied a request by the Federation of American Scientists to declassify the number, the Associated Press reported.

This is the same genius who left weapons and planes in the hands of the terrorists by practically gifting them to the Taliban before bailing on Afghanistan.

This is exactly why Biden’s handlers have him addressing the American people from a fake White House movie set. Everytime he opens his mouth and goes off script it’s an absolute disaster.