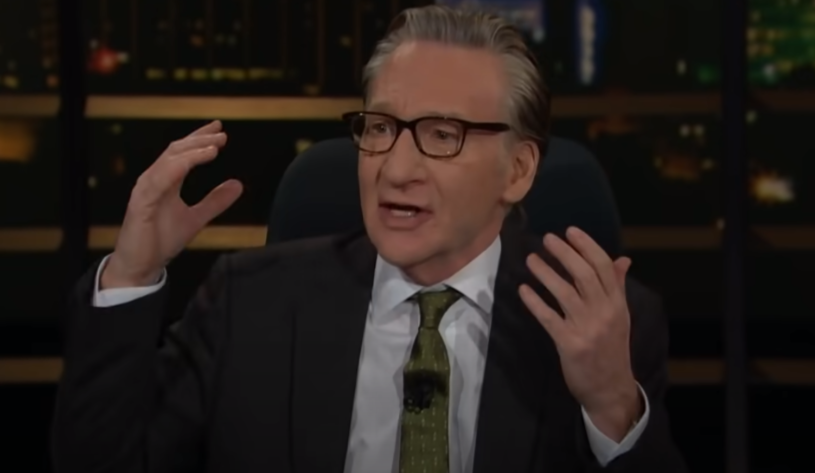 Late-night host Bill Maher isn’t a big Biden fan and often attacks the woke left so naturally, they hate him. However, he just offered Biden some 2024 advice that I think he would have to be a fool to ignore.

Maher said that Biden needs to drop Vice President Kamala Harris (D) from the 2024 ticket should he decide to run for a second term. Maher was joined on his show by left-wing The Atlantic writer Caitlin Flanagan and CNN commentator Van Jones about the upcoming presidential elections.

“It’s very hard to take the nomination away from the president,” Maher said. “What I could see is replacing the vice president because she’s not very popular anywhere. And it didn’t seem to work out. And I don’t know. That’s been done before in a ticket.”

Flanagan said that Harris was not only an “off-putting person,” but that she also has “a lot of baggage that probably wouldn’t do well under a lot of scrutiny.”

“I just think she’s a bad politician,” Maher responded. “And I don’t … I think she’s a very bright person. But I can see them doing that because a lot of the problem with Biden being old is, ‘Oh, if he dies then you know you’re gonna get this person.’ OK, so here’s the problem with the Democratic party. They’re so boxed in by identity politics that you cannot conceive of a Democratic ticket that doesn’t have a woman and person of color on it. And pretty soon you’re gonna line up behind that gay Latino and you’re gonna have to have, you know, a deaf Eskimo be the–”

Jones jumped in to claim that Biden was “an example of identity politics” because he claimed that black voters looked at Biden and said to themselves, “We think we need to put a white guy in here.”

Maher then defended Biden from those who point out that he is older president in U.S. history, saying, “Would I like to have great wisdom in the body of a 20-year-old? Yes.”

“I admit, he is gonna have trouble in the debate. Debates are gonna look bad. Prepare for it now. There’s gonna be some senior moments. OK, he could show up without pants. That’s true,” Maher said. “It doesn’t matter. It has nothing to do with running the country.”

Personally, I don’t think Biden could drop Harris if he wanted to—Or rather his handlers cannot. Harris doesn’t bring voters to the table, that’s just a fact but the left is all about hiring for optics instead of qualifications. Removing her from the ticket would only prove how ignorant that philosophy really is.