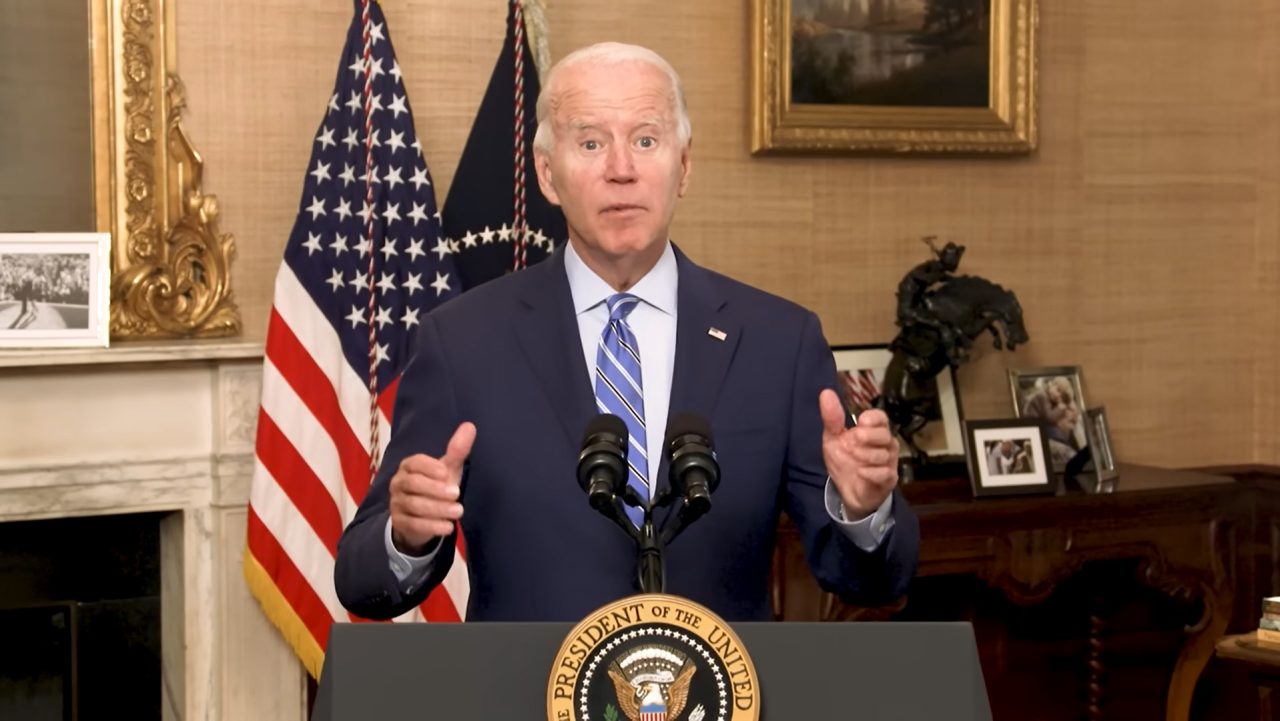 In a speech that was recorded and released publicly by the White House, Sleepy Joe Biden can be seen living up to his moniker.

Biden seems to be having trouble speaking, and it looks like he’s missed his nap time. Poor Joe.

The video then shows a clear splice where he changed from Sleepy Joe to Bug-Eyed Biden. In fact, Biden didn’t even blink for a very long time.

Brave women and men in uniform across America should never forget that the defeated former president of the United States watched January 6th happen and didn’t have the spine to act.

I actually watched pretty closely, and he went an entire minute without blinking. When was the last time you went an entire minute without blinking? It could be that you’ve never done it, unless you were having a blinking content with someone and managed to make it over the one minute threshold. Either that, or when you had your eyes shut for more than a minute. Technically, you wouldn’t be blinking then either.

Do you know what the average blinking rate is? It’s about 15-20 times per minute. For someone like me, it’s probably a little more than that because I am staring at a computer all day which tends to make people blink a little bit more.

In my opinion, there is only one explanation for this. He’s on drugs. They doped up Sleepy Joe to try and manage to get him through his little speech. What is it that they are giving him to get him to function? I’m sure it can’t be good for him. I can’t imagine how often they’re having to give it to him either.

This all messes well with what Tucker Carlson reported recently when he said that Jill gives him pills before every public appearance.

Tucker Carlson: “How did he manage to get through the campaign? Well, it turned out, we learned later his staff, supervised by Dr. Jill, his wife, was giving him pills before every public appearance–checking the time and at a certain hour giving him a dose of something. Now it’s not a guess, we’re not making that up. We’ve spoken directly to someone who was there and saw it happen multiple times. Now, before taking the medications this person said, Biden was quote ‘Like a small child. You could not communicate with him, he changed completely because he was on drugs and he clearly still is on drugs.’ Someone’s pushing, we don’t know what those drugs are. We should know.”

I was talking to someone about this video this morning and he thinks that the second part was a deep fake and that it wasn’t drugs. Given today’s technology, I can believe this could be the case. His voice does sound off. And truth be told, he’s speaking more clearly than he normally does. Maybe Joe Biden isn’t even real after all.