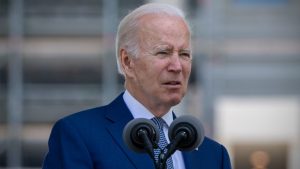 Biden’s blacklisting of the press and cherry-picking questions has finally gotten under the skin of the mainstream media and they’re speaking out.

This all happened after a new list of invites to the White House for Christmas went out. Some pretty surprising outlets were not included.

Journalists from several different publications, including Salon, Newsmax, and the Washington Examiner, failed to make the cut. Politico said that technicians and producers from CBS and Fox were not invited.

Despite expectations that the CBS omission would be rectified, they were excluded from the TV press event. Some are beginning to speak out about Biden’s regular blacklisting of the press.

“One veteran White House reporter told The Post, “How many acts of petty blacklisting does this White House have to commit against accredited members of the news media before a consensus forms that President Biden is neither a champion of a free press, as he so frequently claims, nor a man of decency, as his supporters claim on his behalf?”

Another veteran White House correspondent, who also spoke under the condition of anonymity, said their outlet was regularly invited to Christmas parties dating to at least the George W. Bush administration and that the snubs should be seen in a broader context after repeated press access issues under Biden.

“Out of his mouth, Biden espouses that the free press is the bedrock of democracy and he supports a free and independent media and it’s important for us to make sure that governments are held accountable. But it only seems to apply for governments outside the United States,” the longtime reporter said.

The correspondent added, “This guest list is an example of how the White House is kind of taking punitive measures against journalists that are simply doing their job exactly as the president says, or claims, he supports and that’s what’s most infuriating. It’s doublespeak and it’s pure hypocrisy, in my view.”

Another veteran reporter said, “Engaging in petty partisan holiday invites is a sign of weakness, not strength … apparently this White House now has total disregard for protecting even the veneer of its promised transparency and respect for a truly free press.”

But, let’s not forget, this is supposed to be the ‘most transparent presidency in history, right?

Biden’s own Press Secretary Katrin Jean-Pierre has no problem cherry-picking questions for Biden and cutting ‘certain’ reporters out in an effort to control the narrative.