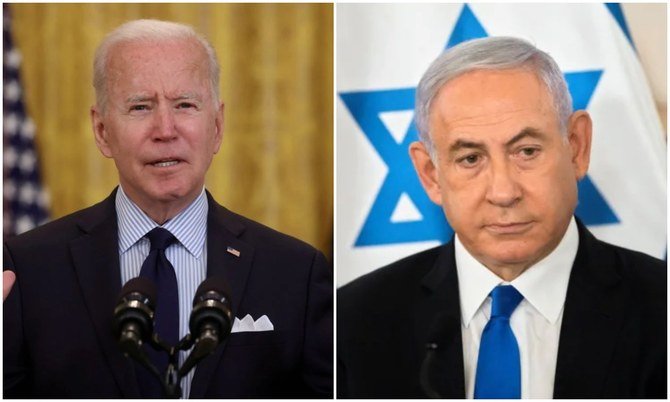 Israel and the Palestinians are enjoying a truce at least temporarily. Joe Biden is busy trying to take credit for the ceasefire brokered by Egypt.

Biden is sending Sec of State Blinken to Israel next week for a photo op. I guess photo ops are easier to manage than peace negotiations, especially since your party is rooting for the bad guys.

Joe Biden has made three demands, each one more ridiculous than the next.

The first is that Israel must quit evicting Palestinians from homes in Sheikh Jarrah. When framed just like that it can seem fair to people. But when you explain that the property is owned by Jews and that the Palestinians had illegally squatted in them they seem much less sympathetic.

Now, add to that the case lingered in the courts for years before siding with the rightful owners. This is a case of perception versus reality.

The second demand is to lower tensions on the Sermon Mount. How is Israel going to do that since it is the Muslims attacking Jews?

Currently, no Jews are allowed in the area even to pray or visit the Wailing Wall. This is an impossible demand to keep.

Why isn’t Biden making the condition to the Palestinians in return for the hundreds of millions of dollars Biden is planning to flood them with? He doesn’t want to anger his party who are not huge fans of Israel.

And the third one is the most ridiculous of all. Biden insists that no one in Israel celebrate flag day which is similar to our Fourth of July.

What if a foreign country insisted that Biden ban the Fourth of July in this country. Biden would be willing but the people would not.

Unlike some, we love our country and we love cooking out and celebrating the country.

The entire thing is insane and what the Biden administration is doing is going to lead to worse outcomes than had they just stayed out of it. Hamas does not want peace, nor do they care about cease-fires.

What they wanted from all this was favorable press to help their cause and an excuse to kill Jews. Biden and his media allies handed them that on a silver platter, and instead of making serious demands of the Palestinians in return, it’s Israel that gets read the riot act. Some ally we are.