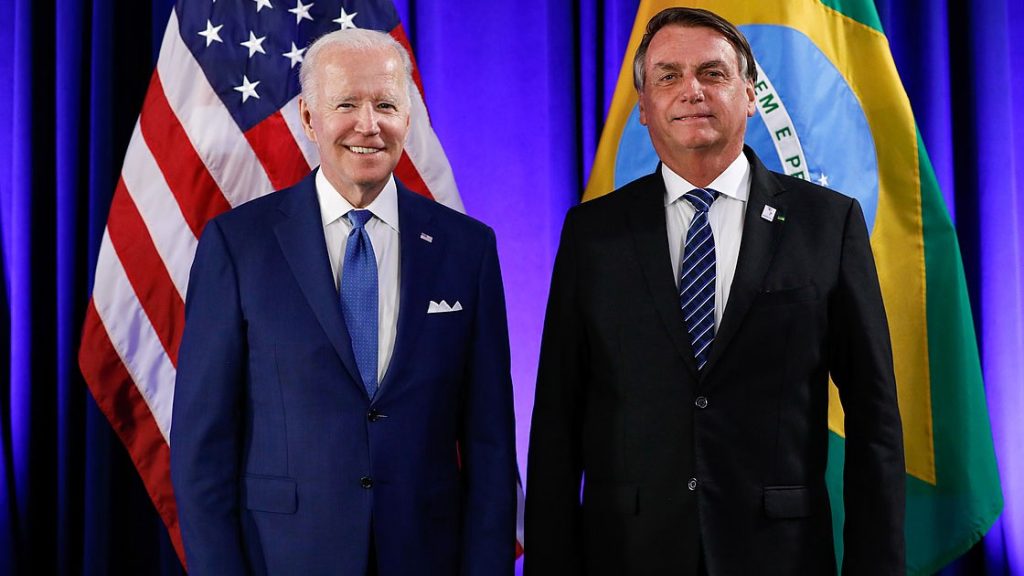 White House press secretary Karine Jean-Pierre stated that the Biden administration will “closely” monitor Brazil’s upcoming presidential election, and called for the election to be conducted in a “free, fair, transparent and credible manner.”

“We’re going to monitor them closely and have the trust in the strength of Brazil’s democratic institutions,” Jean-Pierre told reporters during Tuesday’s press briefing.

Jean-Pierre continued, “We have seen recent reports of violence and although the right to protest is fundamental in any democracy, the United States condemns any violence and urges Brazilians to make their voices heard in a peaceful manner.”

“As a partner, a partner democracy to Brazil, we will continue to follow the elections with the full expectation that they will be conducted in a free, fair, transparent and credible manner, with all relevant institutions operating in accordance with the constitutional (order),” she concluded.

Brazilian president Javier Bolsonaro has raised concerns about the integrity of the Brazilian electoral system, claiming institutions managed by his opposition may engage in unethical behavior.

Trump took to his Truth Social website earlier this month to declare his “Complete and Total Endorsement” of Brazilian president Jair Bolsonaro ahead of the latter’s upcoming re-election campaign.

“President Jair Bolsonaro of Brazil,“Tropical Trump” as he is affectionately called, has done a GREAT job for the wonderful people of Brazil,” Trump wrote. “When I was President of the U.S., there was no other country leader who called me more than Jair seeking Tariff & Tax cuts, Trade Renegotiations, Strengthened Drug & Border Policies (to put the “bad guys” in jail!), Military Help, & more.”

“President Bolsonaro loves Brazil beyond all else,” Trump added. “He is a wonderful man, and has my Complete & Total Endorsement!!!”

Former President Luiz Inácio Lula da Silva, a socialist politician who is now running for another term after serving nearly two years in prison before having his conviction overturned, appeared to completely forget what he was saying in the middle of a debate against Bolsonaro ahead of the country’s presidential election in October.