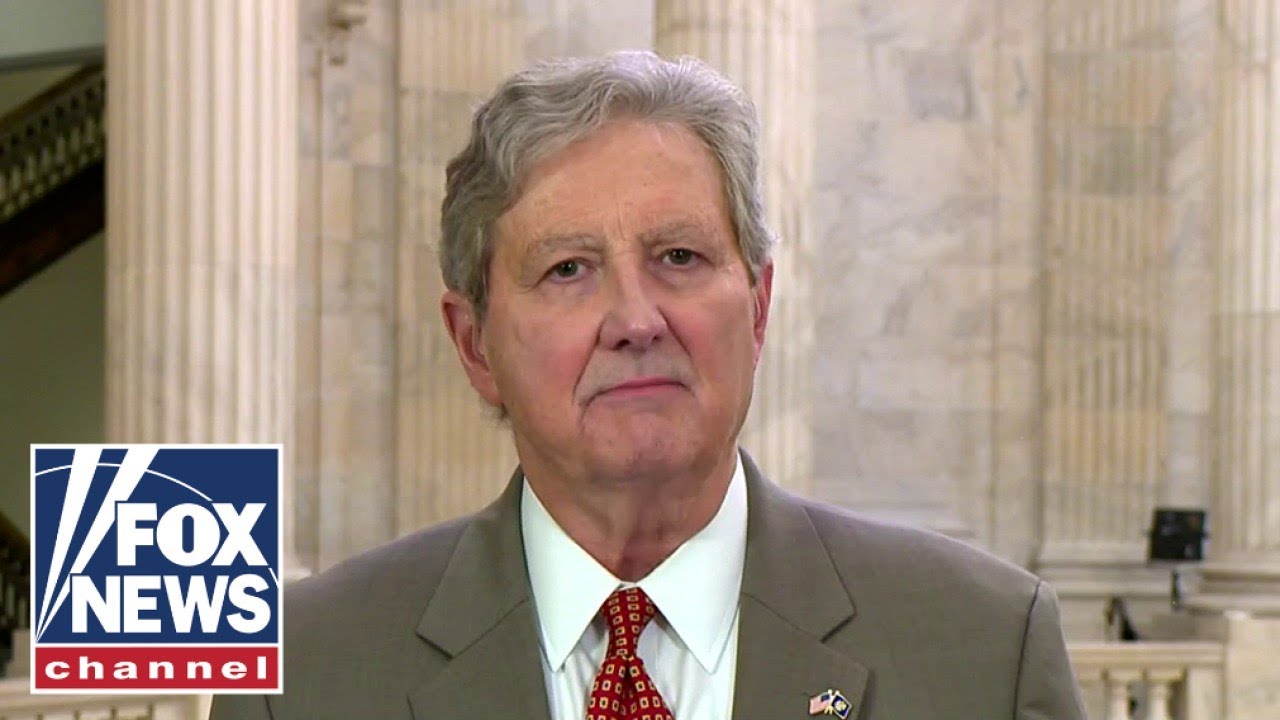 Louisiana Sen. John Kennedy demolished Biden who again lied to Americans and claimed that the Southern borders are ‘secure’. Biden continues to pull resources from law enforcement to reportedly investigate MAGA supporters who he has deemed a ‘threat’ but has done little to nothing about the human trafficking and Fentanyl issue flooding into the US via the southern border.

Kennedy joined “The Faulkner Focus” on Tuesday to discuss the latest on the migrant surge, saying Biden has “opened” the borders and “lied” about the issue.

“President Biden talks a lot about democracy, as we should,” Sen. Kennedy told host Harris Faulkner.

“Democracy depends on the mutual acceptance of rules, norms and institutions. President Biden’s southern border policy has undermined that principle. He has completely opened the southern border, and he has looked the American people in the eye, and he has lied and said the border’s closed.”

Faulkner, who recently visited the southern border, noted the severity of the crisis as she witnessed the brutal conditions firsthand.

“What I’ve learned is that we have no idea who’s coming into this country,” Faulkner said. “If our Border Patrol agents weren’t there, if our National Guard was not there, if Texas had not spent nearly $1,000,000,000 so far on its operation to help its own citizens, where would we be?”

Her remarks come after New York City Mayor Eric Adams confirmed a migrant mom committed suicide at a shelter in the Big Apple over the weekend.

Kennedy slammed Biden for allowing any ‘illiterate gangbanger’ into the US while legal immigrants patiently wait their turn. It’s insulting and the exact opposite of how the system is supposed to work.

My last month paycheck was 11000 dollars… All I did was simple 0nline work from comfort at home for 3-4 hours/day that I got from this agency I discovered over the internet and they paid me 95 dollars every hour.
for more detail… http://fixjob11.blogspot.com

My last month paycheck was 13,500 dollars… All I did was simple 0nline work from comfort at home for 6-8 hours/day that I got from this agency I discovered over the internet and they paid me 90 dollars every hour.
For more detail…  https://indeedgold.blogspot.com/