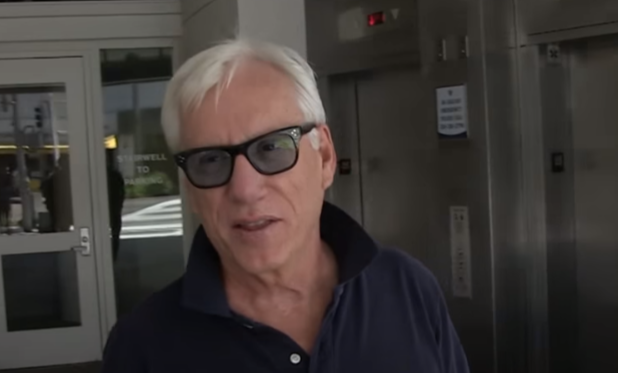 Conservative actor James Woods said he’d be happy to be a plaintiff in a Musk-funded class action lawsuit after new Twitter owner Elon Musk disclosed the first batch of tweets on Friday demonstrating that Democrats had asked the massive social media platform to suppress opposition posts.

As the tweets were becoming viral, Woods said that the targeting of right-leaning celebrities had wrecked his career while appearing on Tucker Carlson’s Fox News Channel program:

“I’m not a celebrity, I’m hardly recognizable anymore because my career has been destroyed by these very people. And I will too, and I’m hoping other people will too. And if it turns out there are a lot of us on this list, where the DNC targeted us, and I will quote the immortal words of Joseph Welch when he attacked Joe McCarthy, with the enemies list he had: ‘At long last sir, have you no shame?’

“President Biden, all of your proxies, little operatives in the DNC who have targeted American citizens. Have you, Mr. President, have all of you. at last, no shame?”

“And of course, the answer is no, they don’t have shame,” Carlson replied.

“You know what I was suspended for? Quoting Ralph Waldo Emerson. Can you imagine, that’s how crazy these people are,” Woods said.

Win or lose, Woods said he will sue the Democratic National Committee:

“I can guarantee you one thing, more than anything else you’ll ever hear in your life, I will be getting a lawyer, I will be suing the Democratic National Committee. No matter what, whether I win or lose, I am going to stand up for the rights of every American.”

“Twitter acting by itself to suppress free speech is not a 1st amendment violation, but acting under orders from the government to suppress free speech, with no judicial review, is,” Musk tweeted Friday, commenting on the release of a trove of tweets suggesting Democrats directed the censorship of conservatives.

“Agree. How would you like to fund a class action suit for those who were suppressed? I’ll be happy to be lead plaintiff. Thank you, @elonmusk,” Woods offered, replying to Musk’s tweet.

Agree. How would you like to fund a class action suit for those who were suppressed? I’ll be happy to be lead plaintiff. Thank you, @elonmusk https://t.co/zAAjcEnoFu

On Friday, Woods stated his opinion that a class action lawsuit should be filed by thousands of individuals who have been unfairly excluded from the entertainment industry as a result of what they have tweeted or who they follow:

“I am not going to take it sitting down. I think these people are vermin, for doing this to other people.”

“Let’s not talk about me for a moment, let’s talk about simple individuals who put out a tweet and now their lives are destroyed. You know, casting directors, literally in my business, literally go online, and they check every actor who comes in for a part to see who they’re following? If an actor or an actress is following me, they will blacklist them, all right?”

“It’s about time this is torn open. And I will tell you this, it’s not just me, but if you take the thousands of people that I’m sure they did this to and you got a class action suit, they might not be so happy about that.”

Conservative actress Kristy Swanson appears to be a candidate to join the class action suit, if it emerges. In response to Woods’s tweet to Musk suggesting the suit, Swanson replied, “yes, Yes, YES, please” along with emojis of hands in prayer and a red heart.

The mainstream media is continuing the coverup process by either burying the Twitter files or pushing to discredit them with unfounded accusations.