Mike Lindell, the founder, and CEO of My Pillow is a one-man voter integrity sleuth. He is determined to find the truth about the 2020 Presidential election between President Donald J. Trump and Democrat Joe Biden.

Lindell, guided by Bannon, will present what Lindell alleges is the largest cyber attack in America’s history.

Bannon had met with Lindell just days ago, to push for more evidence from Lindell’s allegations, and Lindell rose to the occasion very well, agreed to organize further evidence.  And now has made good on his word, releasing the new video Wednesday.

“I am going to present a new evidence video every few days, we will do what it takes and break down the charges by country, by attacks, by computer.  I want to let the people know what is going on, what the lawsuits are that are out there with the lawsuits. I was attacked for over twenty days before my first video, and then after I put the video out, no one called.  I want Dominion to sue me.  If we don’t get this solved, we have no country left,” Lindell said.

Lindell’s announcement comes as Dominion has filed a lawsuit against Lindell, according to The Daily Beast who reported:

“Dominion sent letters to Lindell in December and January demanding that he retract false claims about their machines. Instead, the MyPillow CEO doubled down.

READ  LMAO: The Mask That Marjorie Taylor Greene Wore on House Floor Is Beyond Epic!

MAGA diehard and pillow magnate Mike Lindell is the next target of a Dominion Voting Systems lawsuit over his wild claims about nonexistent election-fraud conspiracy, with the lead attorney representing Dominion telling The Daily Beast he expects to file the suit “imminently.”

Lindell, a staunch Donald Trump ally and founder of the MyPillow company, became a prominent voice and financial backer in attempts to overturn the 2020 presidential election and, alongside Trumpist attorneys Lin Wood and Sidney Powell, made a series of false allegations that China and others somehow hacked voting machines and swung the 2020 election to Joe Biden,” Daily Beast reported.

LINDELL MORE THAN DOUBLES DOWN

“It would be a lot easier on me to get this information out if they would sue me, so I welcome it.  I want to talk to them, but all they want to do is threaten lawsuits.  Why aren’t they worried about correcting these claims if I am wrong?” Lindell asked.

That is how a lot of people are viewing his claims.  Lindell, while he is the target of numerous powerful attempts to deplatform him and his business, and even living with rolling blackout and a lack of electric power, has overcome obstacles to get his point of view out with the help of people like Bannon, OAN News, Real America’s Voice and David Harris Jr., have gotten the word out to watch the movie.

Lindell told Bannon that the two-hour movie has been seen by 100 million people worldwide.

The shorter 30 Min. Video has been released and is being hosted on the following two websites as of Wednesday morning.

Lindell was experiencing rolling blackouts and told Bannon to bookmark these two sites and check back if the movie gets taken down for any reason.

A new, shorter movie opens with a narrator saying:

This video is pure data, so don’t get mad,” the narrator says.

NEWS MAX SILENCED MIKE AS HE WAS MAKING HIS CASE. I DON’T TRUST NEWS MAX. ANOTHER FOX.New study sheds light on the 100 million Americans who don … 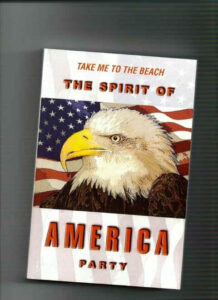 I think Newsmax was afraid of a lawsuit against them.

To the author: These are NOT wild claims. The proof is in the numbers. All you have to do is look at them. Obama 08, 69M votes, almost 900 counties. Trump 2020, 74 M votes, 2400 counties. Biden 2020 81M votes? only 477 counties? Does anyone really need more proof than that? Does anyone really think we don’t need to examine the data and find out how this miracle of mathematics took place? WAKE UP FOOLS!

Give the cheaters enough rope and they will hang themselves. Lets see if the main stream media will shut down the evidence. That will clearly show their true colors

Here’s another statistical anomaly that seals the deal for Trump: There are 19 “bell weather” counties that voted with the winner in NINE straight elections. Trump won 18 of those 19 counties. The odds against him doing so and losing are in the millions to 1!!

THEY STOLE THE ELECTION AND THEY NEED TO PAY DEARLY.

Jill Biden cheated on her first husband after they both worked on Joe’s campaign. Her husband found out when Joe smashed up his car and told his wife to leave. So both Joe and Jill are cheaters and liars- no sympathy for them !!

The election fiasco is merely the latest in a litany of diversions from what’s the real issue – the only issue that can save America from the precipice of moral depravity and destruction, which, in turn, will only occur when America is saved from the United States of America.

Unless Christians and patriots become courageous enough to recognize, admit, and address what’s been done to them, America will only continue to advance on her suicidal trek to the precipice of moral depravity and destruction.

The bulk of today’s Christians and patriots have tragically failed to differentiate between America and the United States of America, aka the Constitutional Republic. This differentiation is crucial to understanding what’s going on in America today and what our part should be in saving America from the United States of America. That’s right, the two are not the same thing. Not even close!

Early 1600s Puritan America whose local biblical governments of, by, and for God (ecclesias) were expressly established upon Yahweh’s moral law was sacrificed on the altar of the late 1700s Enlightenment and Masonic United States America whose humanistic government of, by, and for the people is based upon capricious man-made traditions (aka the biblically seditious Constitution). Thus, anyone trying to save the United States of America (including trying to save America from the precipice by voting for the United States of America’s biblically unqualified candidates, including Trump) is fighting for the wrong kingdom/government and is only helping to further perpetuate America’s demise.

The same for anyone promoting the document that created the United States of America.

The Bill of Rights and the U.S. Constitution has worked very well for over 250 years, if it works, do not change…. Comparaing the U.S. with other countries, well, there is no comparaison, now is there?

There has been evidence noted by computer certified investigations, attorney’s, fraud evidence admitted to by the company that makes the voting machines, online links to foriegn nations of interferring with voting, and probably more that I am not aware of, what more does SCOTUS need to hear these cases that have been filed? I expect SCOUS to either not hear the cases or just throw them out because the ccriminal xiden and is constitutionally ineligible v.p. have been sworn in and throw it back to a democrat majority congress, which will just bury the whole thing. I believe SCOTUS is derelect in duty.

uhhhh. huh?
It would appear the claims aren’t “wild”, non-existent, or a “conspiracy” at all.

What’s next “these are not the fraudsters you’re looking for. Move along”.
Either this happened or it didn’t. So what’s the story for you guys? The facts and reality or nothing but the editorial comments?

If there wasn’t voter fraud, why are the democrats fighting it so hard, everyone with a little bit of brain knows that there was voter fraud, Trump had millions at his rallies, Biden might have had 12 people at his.

THE FUCKEN PAPER IS TRASH, THEY ARE COMMUNIST ASS HOLES THAT ARE GOING TO PAY DEARLY.

Does anyone else catch the Negative slant against what Mr. Lindell? ‘ Wild Claims” ” Crack addict” What has is past addiction got to do with what he presented? THIS WRITER IS HACK!!

It bothers me that people think our elections were 100% pristine… They were not…Ignoring a problem doesn’t make it go away…These arguments need to come into the open, the public needs to see the proof, that proof weighed and from there let the chips fall as they may…

We have seen several instances of voter fraud; not only with the Dominion machines, but election officials on video running ballots three or four times into the machines after closing. Absentee ballot fraud both in the election offices and postal service employees throwing out ballots, etc. At least 26 States used Dominion voting machines.
So, was this looked into by the DOJ or the Supreme Court. The answer is no and forget trying to convince the Congress to investigate under the current administration.

Why do you say that Mike Lindell is making “wild claims about nonexistent election-fraud conspiracy?” The evidence seems solid, convincing and substantial.There was a whole lot of voter fraud and manipulation in this election and he is right- that we better get to the bottom of it.

THE DAILY BEAST IS A BUNCH OF SCUMBAG COMMUNISTS THAT’S WHY.