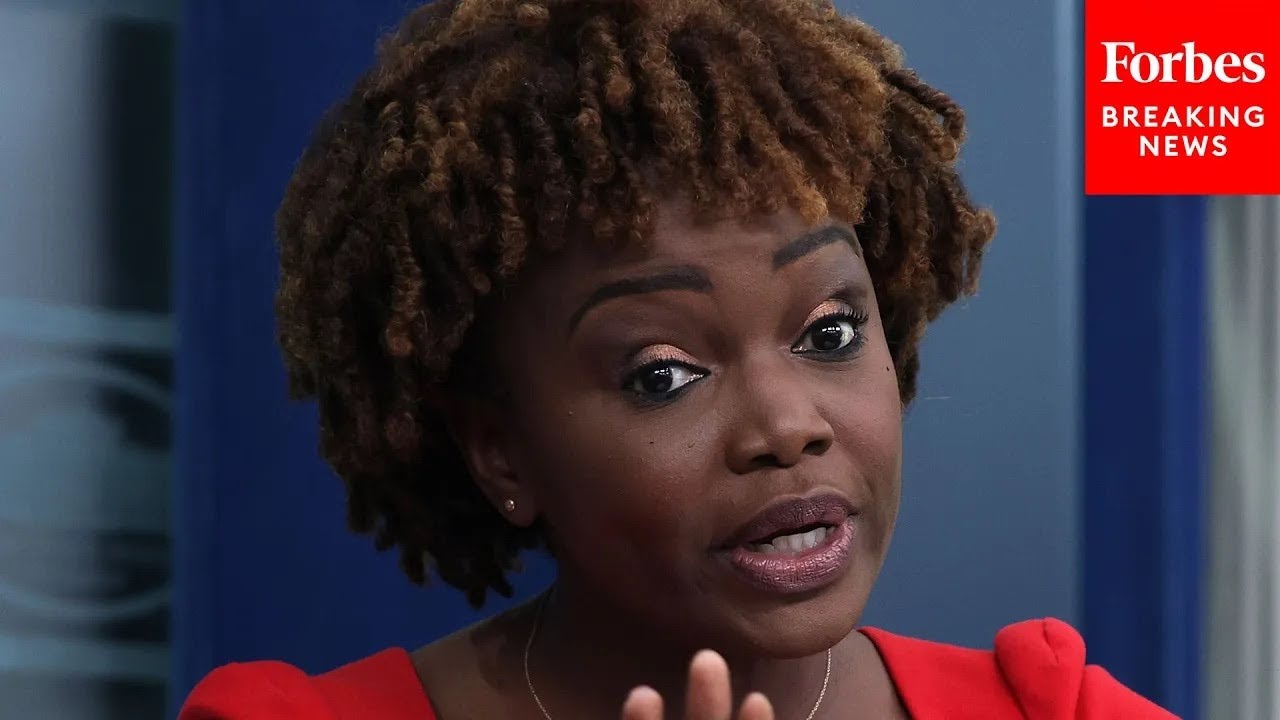 In response to a reporter from Today News Africa’s Simon Ateba challenging her to take his questions, White House press secretary Karine Jean-Pierre stormed out of the briefing room on Thursday. This could be the end for her at the White House as her obvious burnout will inevitably push her to a new career.

Ateba asked a query regarding Joe Biden’s plans to meet with 50 African leaders at the Africa Summit. She was questioned by the White House reporter about why she refused to accept a question on the summit.

“Why is it so hard to give me a question?” he asked.

“It is not hard, would you let me answer the question?” she began, before he began talking. The press secretary attempted to call on a separate reporter.

Ateba continued to ask why she will not take his question, causing Jean-Pierre to snap.

“I just tried and you wouldn’t let me, sir,” she said. “So your colleague is gonna ask a question.”

The press secretary abruptly ended the briefing and stormed out of the room as Ateba continued asking why he cannot get a question answered.

“If you’re going to hold a press briefing, you need to call on people across the room,” Ateba told the press secretary. “She has a valid question. She’s asking about the origin of COVID … Fauci’s the best person to answer this question.”

“I hear the question, but we’re not doing this the way you want it,” Jean-Pierre said. “This is disrespectful. Simon, I’m done. I’m done with you right now. You’re taking time away from your colleagues.”

When Ateba interrupted Psaki’s final briefing in May because she refused to take his questions, the White House Correspondents’ Association (WHCA) wrote him a warning that he would be expelled. Given that the U.S. is meant to support press freedom, the White House correspondent denounced the administration’s “heartbreaking” and “disgusting” treatment of him.

“I am the victim here and I am being treated so unfairly by WHCA,” he said in response to the expulsion threat. “It is sad and it is heartbreaking. America is the greatest country in the world and no country comes even close. Here in the United States, press freedom is respected, or so I thought, or so I was made to believe.”